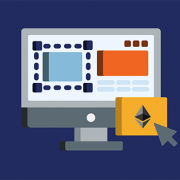 User experience (UX) in crypto products is generally poor for a simple reason: there simply isn’t that much investment going into it.

Investment goes mostly into cryptography and technical research and backend engineering. Even front ends for blockchain based applications are often “just enough to get the job done.”

I start with this observation because we are all concerned about end user adoption of crypto-based applications. Long-term end-user adoption of any application is heavily determined by the UX of that application. I have this view after spending a significant amount of time building Web2 products.

The Amplification of UX Through Web 2.0

The pivotal moment for me was sometime around 2010 when I met someone from the Google UX research team.

Up until that time I, like most other people I knew, thought about releases in terms of features. What features are getting shipped in this release? I thought of the end-user pieces as “user interface” or “front end.” Just features that needed to be shipped.

This Google UX researcher described the process that they went through as part of shipping Android releases. Even back then, their process had an extensive UX component.

UX research and testing included bringing in groups of random people off the street, giving them pre-configured Android handsets, and then capturing video and timing data while the subjects performed various tasks. Things like “schedule a meeting,” and “call this number.” Then they would capture data about where the people tapped, how long it took them to complete the tasks, what the most frequent mistakes were, etc.

They would analyze this data and iterate the UX, moving buttons, making things more prominent, and then re-run the tests with a fresh set of people and compare the resulting data sets. This was just one part of their UX research effort

I remember being completely blown away once I understood the depth of the effort Google was putting into the UX and usability of its products. This focus on providing a great UX is one of the key reasons Apple and Google came to dominate the mobile market.

Advanced UX techniques, such as the one described above, are now commonplace in the Web2 world. Organizationally, there are often discrete design and UX research teams separate from product management and engineering.

One of the things I am struck by in coming from a Web2 environment to the Web3 space is that these design and UX functions are generally minimal or not present at all for many blockchain projects. Cryptocurrency naturally draws in people with economics / finance and software engineering backgrounds, resulting in a heavy weighting within teams towards these kinds of backgrounds. This relative underrepresentation of people with design and UX backgrounds in crypto is one reason for end-user adoption challenges in the space.

It doesn’t help that, in crypto, there are a lot of concepts you have to learn to use many of the products. Concepts like accounts, public keys, private keys, signing, block height, finalization, and the list goes on.

But, while learning new concepts is additional friction related to adoption, end users will learn new concepts and mental models as long as they are clear and if there is the proper motivation for doing so.

Operating system concepts like files, folders, and processes were once novel. These concepts, along with their graphical representations, were deliberately chosen to mimic real-world concepts, and thus to help onboard people and help them create the right mental models for working with PCs as they became prevalent.

You can see this idea of real-world mimicry at work in the example below, a screenshot of the original iPad note-taking application: 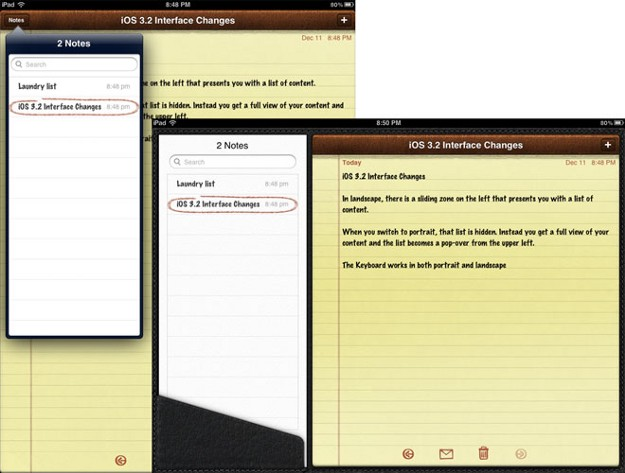 Image sourced from this blog: https://uxdesign.cc/mental-models-in-ux-design-in-examples-f75b083cd487

The resemblance to a physical legal pad is, of course, both totally unnecessary and also quite intentional. It helps the user form the right mental model.

In the early days of the internet, things like URLs, HTTP, FTP, and IP addresses were directly exposed to end-users. Many non-technical people learned to work with these despite the rough edges, because they had to to get on the internet. Conceptual complexity on its own doesn’t mean you will have a poor UX. The key is clarity of the concepts and having the right motivation for end users to want to learn them.

Bringing UX into the Web3 World

Regardless of what the product is, end user adoption of that product will be improved with a better UX. And we will only get better UX if we invest in people that have design and UX expertise. We need to value people with these skills as highly as backend engineers if we are building end-user-facing products.

It can be minimal to start. Take advantage of existing resources for improving UX in crypto. Engage with a freelance UX designer to begin improving your product. (Although, it is best when they are part of the team from the start rather than being brought in to “make it look pretty” at the end. By that point, many of the concepts and user flows have already been established and are difficult to change.)

The importance of software UX for user adoption is one of the key lessons learned from the last 10 years in the Web2 world. My hope is that Web3 builders avoid needing to relearn this and incorporate design and UX as first-class teams and investments into the products they are creating.