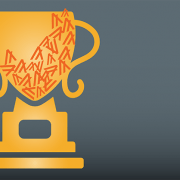 The Algorand Proof of Stake network issues rewards to its token-holders in order to stimulate and grow the network — but it’s not always clear how these returns are calculated. In this article, I’ll outline the basic framework of the Algorand rewards distribution model, and walk through some potential impacts it could have on the rewards calculations for current token-holders.

What are Network Rewards?

Traditional Proof of Work (PoW) based blockchains (BTC, ETH) rely on miners to validate transactions and record them in consecutive blocks on the ledger. In this effort, the miners compete against each other by solving complex mathematical problems. The miner with the winning block gets a certain amount of tokens rewarding them for their work in return.

This basic economic principle provides the incentive to support the required infrastructure to run the network. One of the major flaws of PoW networks is the unproductive effort put into competing for mining blocks, resulting in relatively slow performance and huge amounts of energy wasted.

The Algorand blockchain, like many newer blockchain networks, is solving the inherent issues of PoW with the concept of Proof of Stake. Unlike PoW miners, PoS networks rely on validators to verify transactions written to each block on the chain.

Algorand chooses its validators using a process called sortition with a selection preference towards validators holding the largest amount of tokens, referred to as stake. Just like miners, the validators receive rewards for their work, but unlike PoW, no resources are wasted on unnecessary, competing work.

How are Rewards Distributed on Algorand?

Algorand currently deploys a more liberal rewards scheme in order to benefit every token holder whether or not their tokens are staked and participating in the consensus protocol. The idea behind this is to stimulate the adoption and growth of the network by rewarding all token holders equally. To support the operation of the network during this initial period, Algorand has issued token grants to early backers for running network nodes to help bootstrap a scalable and reliable initial infrastructure backbone.

As the network grows over time, I anticipate that the rewards distribution will shift favoring active stake-holders and validators.

The current rewards distribution is determined and funded by the Algorand Foundation. You can read a detailed explanation of the overall token dynamics here.

The first 6M blocks on the Algorand blockchain have been divided into 12 reward periods of 500,000 blocks each. Each period is funded by an increasing amount of reward tokens to offset the increasing total supply of tokens. The token supply periodically increases due to early backer grant vesting and token auctions facilitated by the foundation.

Note: The rows highlighted above are reflecting the updated rewards schedule as implemented by the Algorand Foundation on December 17, 2019.

At the time of writing, we have just entered the sixth period of the current rewards distribution schedule. According to the schedule, 50 Algo are distributed as network rewards in each block, approximately every 4.4 seconds.

Algorand rewards are calculated each block based on the account balance of every to-or-from address recorded on the blockchain. The minimum account balance that is eligible for receiving rewards is currently 1 Algo.

If you monitor any eligible account, you will notice that the account balance doesn’t get the rewards applied at every block, but after a certain number of blocks instead. This is a function of the smallest unit of Algo that can be disbursed by the system, which is 1 MicroAlgo (10-6 Algo).

Since the minimum balance is currently 1 Algo and the smallest reward is 1 MicroAlgo, you can calculate the number of rounds it will take for rewards to be credited using this formula:

When you check the account balance of any address, the node API will return the balance that was last recorded on-chain plus any accrued rewards. The combined balance will not be written to the blockchain until the address appears in an actual transaction. In other words, rewards are only committed to the account balance on the blockchain when the address appears in a to-or-from address as part of a transaction. This is expected behavior, as ongoing, immediate on-chain updates of the balances of all eligible accounts on every round would pose a serious performance challenge.

There is a small but important consequence of this behavior. As pointed out earlier, rewards are calculated based on the recorded on-chain balance for each account. That means that none of the accrued rewards are included in this ongoing calculation. In essence, it is not compounding the accrued rewards interest. For accounts with large account balances, the difference in reward returns can be significant.

The current daily rewards percentage return based on the assumption of 1 microAlgo every 3 minutes is:

At the time of this post, an account that is holding 1M Algo would generate about 480 Algo per day or 172,000 Algo per year in rewards with an effective APR of 17.52%. If the rewards were compounded on a daily basis the effective APY would increase to 19.15%. These numbers will change over time as the rewards schedule changes, the total supply grows and transaction fees may increase.

Compounding rewards is simple. Since rewards are calculated from the last recorded balance on the blockchain, the easiest way to force rewards compounding is to send a zero Algo payment transaction to the target address on a frequent, recurring basis. This transaction will trigger the commit of all accrued rewards and record them to the on-chain balance of the account.

So what is the ideal compounding frequency if you want to maximize your rewards?

For one, it doesn’t make sense to send compounding transactions more frequently than the number of rounds it takes for rewards to be disbursed, currently >3 minutes. Secondly, every transaction has an associated transaction fee, currently 1,000 microAlgo. This means the cost of these transactions shouldn’t outweigh the gains achieved by compounding.

The cells highlighted in the table above show the maximum return achieved at certain compounding frequencies for specific account balances under the current conditions. It also illustrates that there are diminishing returns at higher rates and that, for most cases, a daily compounding transaction will suffice to get the core benefit of compounding rewards.

At the current time staking is not required to earn rewards. Any address holding at least 1 Algo is automatically receiving rewards that are distributed every n rounds (blocks) as outlined above.

Clearly some frequency of rewards compounding always makes sense for long-held account balances (e.g. staked balances). Since rewards are currently equally distributed across all accounts whether they are staked or not, the returns represent more of an inflationary rate across the entire supply rather than an interest return for node operators or staked balances.

It is also important to note that the compounding gains are significantly exaggerated at this time due to the already high rewards interest and the low transaction fees. You will need to evaluate what amount of compounding makes sense for you, based on changing parameters and held account balances.

PureStake automatically compounds all customer accounts that are staking with us. Please reach out to us if you would like to learn more about this and our services.

February 20th, 2020
Parts of this post have been updated to reflect changes in the rewards schedule and to add further clarification.