I heard Malcolm Gladwell tell a story about spaghetti sauce in a TED talk back in 2004 and it’s one of those stories that has stuck with me and that I still think about from time to time. The story has become somewhat well known to marketeers who are drawn to its conclusions about horizontal customer segmentation, and Gladwell himself uses it to reach conclusions about human choice and happiness. For me, the story makes an important philosophical point about ideals and the importance of asking the right question but using a very easy to understand and relatable scenario.

The Pursuit of a Perfect Pepsi

The story goes like this. In the 1970s, there was a man named Howard Moskowitz who worked as a consultant to the food industry. Howard was in the business of measuring things. One of his early clients was Pepsi, who came to him for help determining the right amount of aspartame to put in their new Diet Pepsi drink. To answer this question, Howard created batches of Diet Pepsi with different amounts of the sweetener. He ran a large number of tests with people from all over the country and recorded their feedback.

When he tabulated the data from these tests, he was expecting to find a data cluster around a value, a normal distribution of data points that would reveal what the answer to the question was. Instead, what he got back was a kind of mess — there was no single point around which everyone’s preferences were clustered. These results weren’t surprising to people at the time, who thought that data sometimes wasn’t good at answering questions like this.

But Howard was a man of high intellectual standards and the result bothered him. He thought about this problem for years afterwards until one day the answer suddenly came to him: it wasn’t the data or the method that was wrong, it was the question that was wrong. They were looking for the perfect Diet Pepsi, but they should have been looking for the perfect Diet Pepsis. What?? Howard went around telling everyone that would listen that he had figured out something important, but people at the time largely had no clue what he was talking about.

Later, when Campbells hired him to improve the formulation of their Prego spaghetti sauce, he was ready. Howard approached this problem by creating a huge variety of test sauces that varied across many dimensions including spiciness, garlic, the amount of visible solids, etc. He came up with 45 different sauces and then went on the road to test all these formulations with people all over the US.

He collected a huge amount of data and when he went to analyze the data, he didn’t look for a single point that was the best fit point, but instead looked for clusters of interest.

What he found was there were significant clusters around a few different formulations: mild, spicy, and chunky. Of these, the chunky finding was the most significant as it ran contrary to the prevailing idea at the time about what spaghetti sauce should look like. Traditional sauce was supposed to be thin and without visible solids.

Campbells came out with a chunky line of sauces based on Howard’s research, and they went on to make $600M dollars from this line of sauces over the next 10 years. And if you go into any grocery store now, you can see the impact of Howard’s line of thinking. Whereas in the 70s you had one kind of sauce, one kind of pickle, one kind of mustard, now there are dozens of different kinds with many different formulations to suit different people and different tastes. A real revolution in product variety and consumer choice.

So Why Do I Tell This Story?

The key point in this story for me is the following: when people thought about Pepsi and spaghetti sauce, they assumed that there was a single best version. A kind of platonic ideal of what that thing should be. And it was the job of the company making that thing to figure out how to get as close as possible to that ideal.

This just turns out to be totally wrong. There is no ideal version of these things. There is no single best formulation. The reality is that different versions may be the best for different people and different circumstances.

And here is the power of this story. Once you get tuned into this, you realize that this spectre of the platonic ideal is everywhere. Who is the best programmer? What is the best city to live in? How do people best learn? What is the best blockchain? Just asking the question in this way already unhelpfully frames things. It assumes there is a perfect or best version, limiting the imagination and sending your thinking down the wrong path.

Applying This to Blockchains

When it comes to blockchains, I think of this whenever I hear things like: “Our design is the best because we have the most transactions per second,” “…because we have the best governance system,” “…because we are the most decentralized,” etc. It can take subtler forms like: what are the correct design tradeoffs to make when building a blockchain? Where is the best point to be in the blockchain trilemma triangle? The question assumes that there is a single best or ideal blockchain. When I hear these questions I want to say, “Best for whom? Best for what purpose? Best from what perspective?”

While I’m sure the designers of Polkadot weren’t thinking of spaghetti sauce, it strikes me that they were very aware of the dangers of this line of thinking and that they built a recognition of this danger into the design of the system. The very idea of Substrate as a framework to build blockchains already recognizes that one size doesn’t fit all. We already see a large variety of different blockchains being built on Substrate and I expect that number to grow.

And in its implementation, Substrate is very conscientious and careful about the increasing degrees of opinionation that come along with the core, frame, and node usage patterns. As for Polkadot, it doesn’t force uniformity on its parachains, allowing them to specialize to meet the needs of their specific users and use cases. It tries very hard to not universally assume what is good or best.

This acknowledgment that there is no one right way, no ideal of what a blockchain should be, is one of the reasons I am drawn to Polkadot, and one of the reasons I believe in the design of the system. Ultimately this ability for chains to adapt and specialize while at the same time interoperating to leverage each other’s specialization, will be keys to Polkadot’s long term competitive advantage.

The answer is that there could be as many “best” blockchains as there are different user communities and use cases. I expect a large number of blockchains to emerge over time to address different types of needs, and to specialize for different kinds of purposes. I think most of these needs and purposes are things we aren’t even thinking of yet.

But whatever they end up being, builders are going to take a practical approach. They will use a framework like Substrate to accelerate their development efforts, and they will attach to a network like Polkadot to broaden their reach to the users, assets, and specialized services of other blockchains. 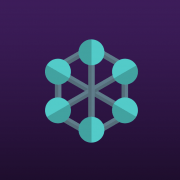 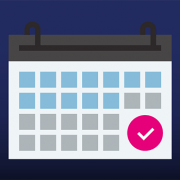 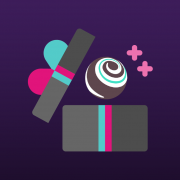 Algorand API v2 and Indexer v2: What It is and How to Prepare
Scroll to top